The Portlandia Cookbook by Fred Armisen, Carrie Brownstein and Jonathan Krisel has it all. Humor, beautiful pictures and delicious recipes. Yes, delicious recipes! I decided to test one recipe, and it was a hit!

Note: this review was originally posted on my old blog slysamgettingfit.blogspot.com on December 16,2014. I just came to my attention that it was missed when I imported my blog to this new URL. As it was a popular post, I am reprinting it! Throughout the book are inside jokes and cameo appearances from our favorite Portlandia sketch characters. The Portlandia Cookbook will entertain any fan even if he or she never attempts a recipe. I hope readers do attempt some of the recipes! Some recipes are rather intimidating in the humorously detailed, extensive preparation.  But most were actually doable. Maybe my regionalism is showing, but I know people that cook like this–sort of.  I am not an accomplished chef, so I found what looks like one of the easiest recipes– Craig’s Crazy Guac Tacos.

I made two substitutions–instead of sour cream I used plain Greek yogurt. And I could not find red snapper at my local grocery store (maybe it is not in season), so I used rock fish instead. Otherwise, I followed the recipe to the letter. Normally I adapt recipes to my own tastes and nutritional preference, but when reviewing a cookbook I try to be faithful to the recipe.

Following this recipe, I learned a new (to me) cooking technique. I have never been a fan of cabbage, I think it might be one of my least favorite vegetables. The recipe instructed me to place shredded cabbage in a bowl with freshly squeezed lime juice and to massage it until it wilts slightly. I was pleasantly surprised that I actually enjoyed eating this cabbage! 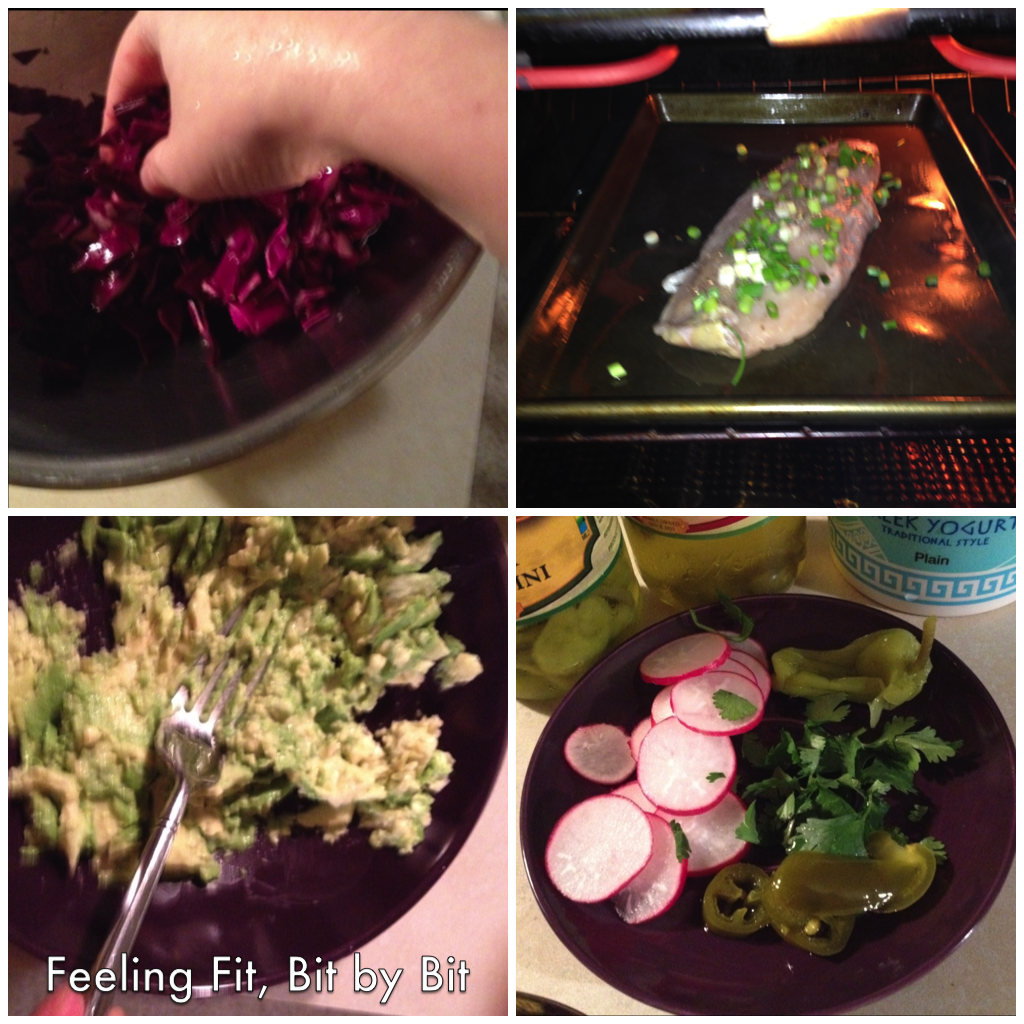 The recipe preparation time was listed at 45 minutes. Since I was taking pictures and selfies along the way it took a little longer! However,  the end results were worth it! The flavors were delicious and the dish was beautiful to look at. I love the way the green, red and purple contrast with the yellow tortillas.  I had to make it again (with no selfies) for a friend. Everyone who tried Craig’s Crazy Guac Tacos enjoyed commented on the striking colors and enjoyed eating them. 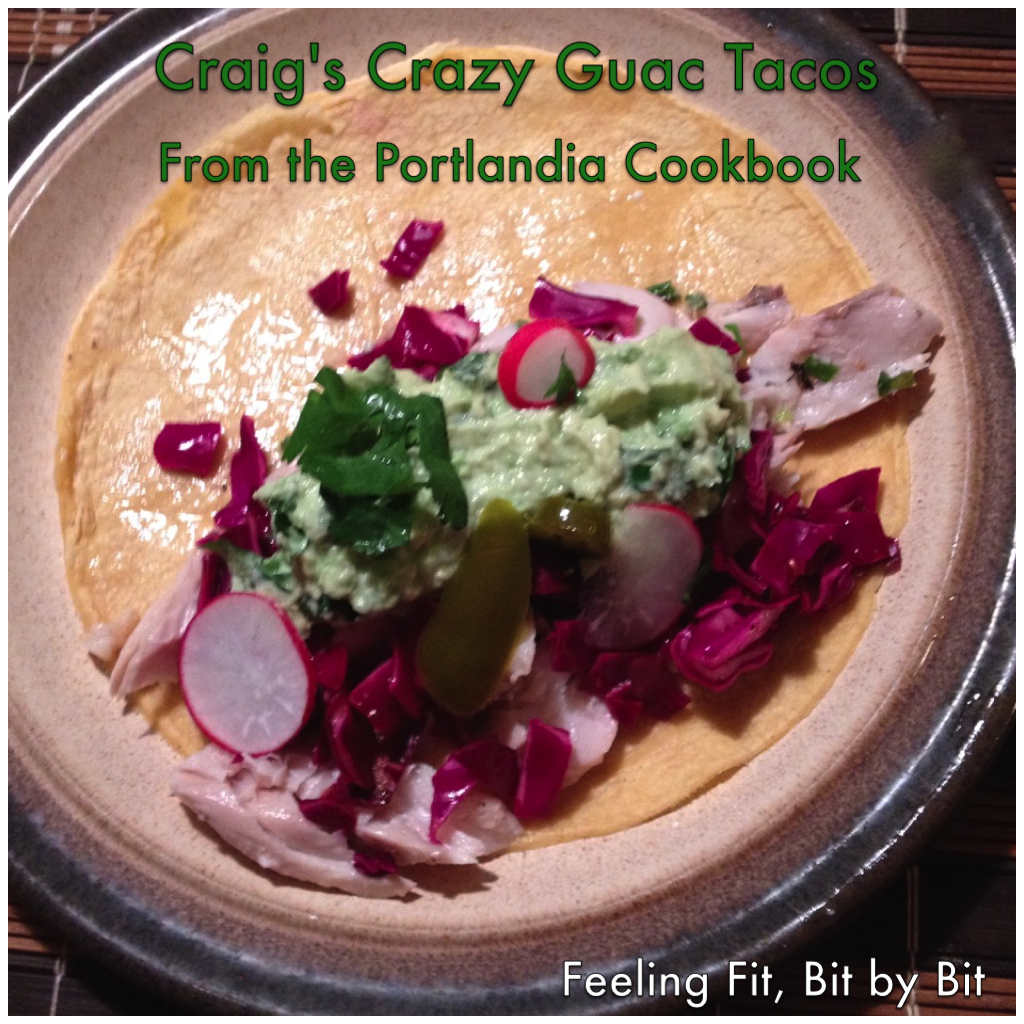 The companion cookbook to the hit show Portlandia by the
Emmy-nominated stars and writers Fred Armisen and Carrie Brownstein,
with 50 delicious recipes for every food lover, freegan, organic farmer,
and food truck diehard.

Food plays a very special role in Fred Armisen and Carrie Brownstein’s award-winning satire Portlandia. Here
are recipes for the dishes that define the show, from cult-raised
chicken and Stu’s stews to pickled veggies and foraged green salads.
Complete with new full-color finished food photographs and
illustrations, humorous stories and sidebars from the loveable
food-obsessed Portlandia characters (such as Mr. Mayor, Peter and
Nance, and Colin the chicken), and advice on how to choose a bed and
breakfast and behave at a communal table, this is a funny cookbook—with
serious recipes—for anyone who loves food. And yes, the chicken’s local.  (Description From Publisher)

The Portlandia Cookbook may be available at your favorite book retailers. For your convenience, I am including a link to the book’s Amazon listings. The following links are affiliate links, if you click on them and make a purchase, you support Feeling Fit, Bit by Bit as I receive a small commission. I will likely use the commission to buy things to pickle. We can pickle that!

Resources For a Fit Lifestyle

Resources For The Fit Foodie

Resources for the Fashionably Fit